This is certainly not the first week of the course where patterns have come up in the readings. By patterns, I’m referencing what Wetherell describes as “regular ways of doing things which guide people and their discourse.” In discussing identity and group formation, Jorgensen describes discourse as a provider of “behavioral instructions,” which I guess manifest themselves in behavioral patterns in everyday interactions. And actually it was in the very first Jorgensen reading where it is suggested that all DA approaches agree to, among other things, the fact that “discursive patterns are maintained and transformed in practice.”

I’m interested in patterns and pattern recognition because it seems as though this is an area that’s probably rich for computational thinking. There’s actually some really interesting work going on in complex systems research here at IU that seems like it has elements of discourse analysis: looking at patterns in social media posts in order to predict the rise and fall of the stock market, for instance. But equally interesting to me is the notion of breakdowns. What do we make of these in discourse analysis?

I think I got stuck on breakdowns for at least two reasons. First, I guess there was some residue from last week’s reading left in my brain. Potter talks about deviant cases, which, and maybe I’m conflating the terms here, I’m understanding as a breakdown. Potter says that deviant cases may be some of the most important in assessing claims, but I think the importance has more to do with the analyst’s process than any larger implications for the interaction under investigation. Second, as I was reading this week’s Jorgensen text on Laclau’s and Mouffe’s discourse theory I couldn’t stop thinking about discourse as a designed artifact. Discourse is constructive. It builds the social. And if it builds, then there has to be a design. If there’s a design, then there’s probably a designer. And for the designers, breakdowns are essential. They signal an opportunity for designing. 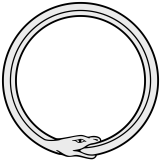 I mentioned before that breakdowns in design signal an opportunity for intervention–an opportunity for a designer to step in and create a design in order to turn the existing situation into a preferred one. But when there is a breakdown in discourse, the designer is also the subject. I’m assuming here that a breakdown is some kind of failure of language-in-use. For example, a person fails to comprehend the meaning of a floating signifier. The discourse analyst doesn’t step in and act as a designer–analyzing the breakdown to understand why it occurred, generating insights from the analysis, and ultimately providing some kind of plan or proposal to avoid future breakdowns of the same kind. Instead, the person in the interaction presumably redesigns  their language-in-use on the fly.

I suppose we all do this. When someone misunderstands what we mean, we tend to correct the misunderstanding instead of letting it go. We redesign our language-in-use and, provided we understand discourse as language-in-use, then we also at the same time redesign the discourse, which makes me think further about the relationship between discourse and language. I sketched a diagram representing the relationship during our first small group discussions in class a few weeks ago, and actually, it strikes me that it fits quite well into this blog post:

One thought on “Patterns and Breakdowns”